In order to maintain the efficacy of the rules-based trading system and for members to continue to have access to an independent appeal process for dispute settlement, 16 WTO members set up a separate appeal system for trade disputes in March 2020.

Known as the Multiparty Interim Appeal Arbitration Arrangement (MPIA), it is an alternative system for resolving WTO disputes that are appealed by a Member, in the absence of a functioning and staffed WTO Appellate Body.

WTO members can resort to the use of the MPIA under Article 25 of the WTO Dispute Settlement Understanding, as an alternative mechanism for dispute settlement.  The MPIA embodies the WTO appellate review rules and in a dispute between members, it will supersede the previous appeal processes and also apply to future disputes between members.

By notifying the Dispute Settlement Body any WTO member can join the MPIA and the system is likely to remain in place for as long as the Appellate Body is not functioning.

In a final step operationalise MPIA, in July 2020 ten arbitrators were appointed to hear the appeals of WTO panel reports under the MPIA.

For disputes among those members that are party to it, the MPIA serves as a temporary solution to the WTO Appellate Body gridlock. 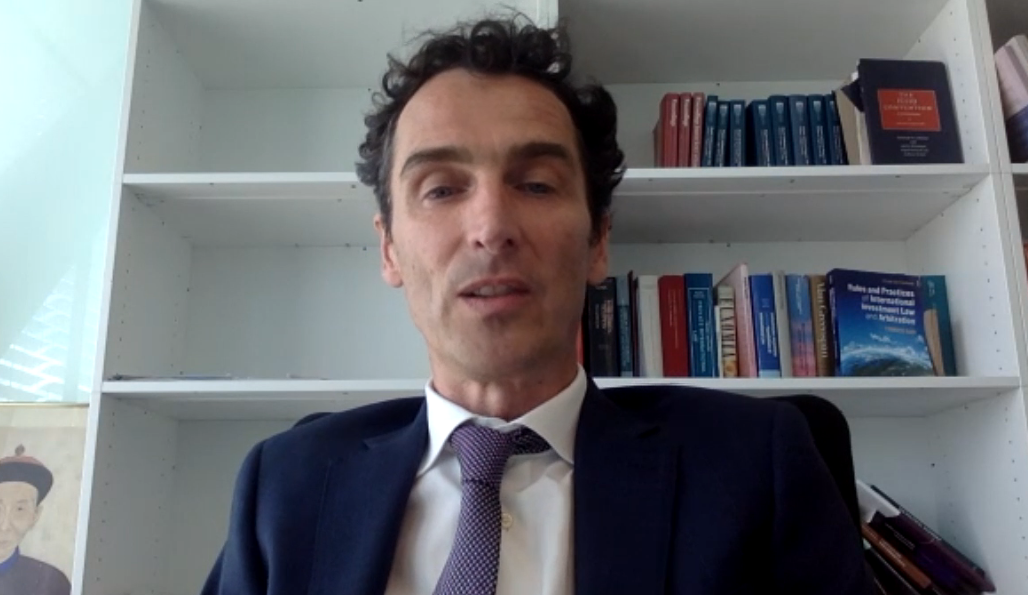 About this Plurilateral
The Non-Functioning WTO Appellate Body

In October 2018, the United States blocked the appointment of new Appellate Body members, resulting in only 3 members remaining on the Body. At the end of their terms, the Appellate Body was rendered non-functional as it lacked a quorum under its rules. The United States blockade on appointments remains in place, and the Appellate Body continues to be non-functional to this date. The US claims that the Appellate Body is unfair and does not support US or other WTO members’ interests. The US’s main objections about the system relate to its view that the it has repeatedly overstepped its limits and created new rules never envisaged by the signatories; that it sets up persuasive precedents for future disputes, and that it has procedural problems such as the practice of taking on new cases before clearing the backlog of existing ones. In February 2019 David Walker, New Zealand’s Ambassador to WTO, was appointed to work with WTO members to resolve the issues preventing the functioning of the Appellate Body, including addressing US concerns. Though there have been constructive discussions on this issue in Geneva and in capitals, few expect a resolution in the immediate future. Videos and discussions:

Creation of the MPIA

On 30 April 2020, a group of 47 WTO members notified the organization of the creation of a new Multi-Party Interim Appeal Arbitration Arrangement (or MPIA) and their intention to resort to use of this mechanism to aribrate any WTO disputes among themselves which would otherwise be appealed to the non-functional WTO Appellate Body. In their formal communication these members indicated their goal was to preserve and replicate the substantive and procedural aspects of the WTO’s appeal aribration procedure including independence and impartiality, while enhancing efficiency. These members also reaffirmed their commitment to resovling the impasse at the WTO Appellate Body and to ceasing the operation of the MPIA as soon as that body was restored to function. In describing this new arrangement, then Trade Commissioner of the European Union Phil Hogan said:

“Today’s agreement delivers on the political commitment taken at ministerial level in Davos in January. This is a stop-gap measure to reflect the temporary paralysis of the WTO’s appeal function for trade disputes. This agreement bears testimony to the conviction held by the EU and many other countries that in times of crisis working together is the best option. We will continue our efforts to restore the appeal function of the WTO dispute settlement system as a matter of priority. In the meantime, I invite other WTO Members to join this open arrangement, crucial for the respect and enforcement of international trade rules.”

Earlier that year, Ministers from the European Union and 15 other signatories issued a statement foreshadowing the formation of the MPIA, saying:

“Further to the Davos statement of 24 January 2020, we, the Ministers of Australia; Brazil; Canada; China; Chile; Colombia; Costa Rica; European Union; Guatemala; Hong Kong, China; Mexico; New Zealand; Norway; Singapore; Switzerland; and Uruguay, have decided to put in place a Multi-party Interim Appeal Arbitration Arrangement (MPIA) on the basis of the attached document. This arrangement ensures, pursuant to Article 25 of the WTO Dispute Settlement Understanding, that any disputes among us will continue benefitting from a functioning dispute settlement system at the WTO, including the availability of an independent and impartial appeal stage.

We believe that such WTO dispute settlement system is of the utmost importance for a rules-based trading system. The arrangement is open to any WTO Member, and we welcome any WTO Member to join. We wish to underscore the interim nature of this arrangement. We remain firmly and actively committed to resolving the impasse of the Appellate Body appointments as a matter of priority and urgency, including through necessary reforms.

The arrangement therefore will remain in effect only until the Appellate Body is again fully functional. We intend for the arrangement to be officially communicated to the WTO in the coming weeks. “

In practice, the MPIA is a political agreement and must be individually invoked in each case between MPIA parties.  When a case involving two MPIA parties arises at the WTO, the parties submit a joint notification to the WTO’s Dispute Settlement Body under Article 25 of the Dispute Settlement Understanding. This states their formal intention to use MPIA procedures to resolve the dispute should it reach the appellate stage, and outlines the procedures the parties intend to follow in this regard.

Parties to the MPIA 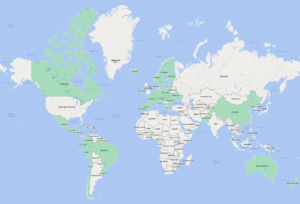 In the following disputes, the parties involved have either submitted Article 25 notifications indicating their commitment to using the MPIA to resolve their dispute should either party decide to appeal the relevant WTO panel’s ruling, or are likely to do so at the panel stage because they are both parties to the MPIA.

Note: Note: Though this dispute was not between two MPIA parties (Turkey is not an MPIA participant), the disputing parties did enter into an appeal-arbitration agreement under DSU Article 25 that respects the principles of the MPIA, and two of the three arbitrators that heard this appeal arbitration were drawn from the MPIA pool of Arbitrators.

DS591: Colombia — Anti-Dumping Duties on Frozen Fries from Belgium, Germany and the Netherlands

DS610 China – Alleged Chinese restrictions on the import and export of goods, and the supply of services, to and from Lithuania

Note: Compiling this section would not have been possible without the support of Simon Lester and the International Economic Law and Policy Blog of WorldTradeLaw.net.